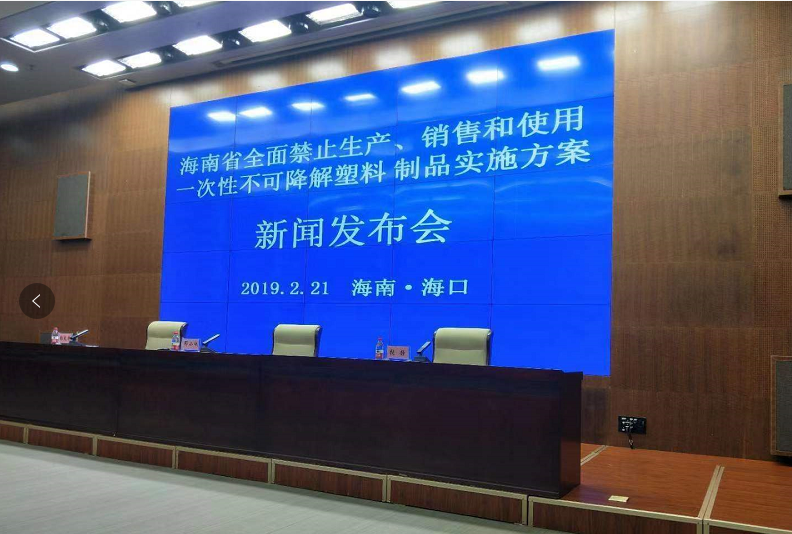 According to the news from Hainan Environment Agency, Hainan released The Implementation Plan of a Total Ban on Producing, Selling and Using Disposable Non-degradable Plastic Products in Hainan Province (hereafter referred to as plan) and stated that by the end of 2025, the plastic products listed in The Directory of Banned Disposable Non-degradable Plastic Products in Hainan (hereafter referred to as directory) would be prohibited from production, sale and use.

The plan states that by the end of 2019, Hainan will establish and improve a relevant regional laws, regulations and standards system, at the same time perfect the regulatory and law enforcement system, which helps cultivate the supply capacity of substitute products. By the end of 2020, the production, sale and use of disposable non-degradable plastic bags and tableware will be totally banned in Hainan.

The plan focuses on seven aspects including establishing a collaborative work mechanism, improving the policy and law system, steadily pushing forward the work of banning plastic products, facilitating the research, development and promotion of the substitute biodegradable plastic products, establishing a recycle and reuse system of non-degradable plastic products, reinforcing the closed-loop management of market supervision and law enforcement and promoting the green lifestyle. Besides, it  sets 21 specific tasks and arranges a series of safeguard measures to make sure the implementation of banning plastic products will be pushed forward in time so that the construction of national ecological civilization pilot site and the prevention and governance of plastic waste pollution can be facilitated.

The ban on plastic products attracts much attention. A press conference will be held in the near future. Officials of Hainan Environment Agency will introduce the background and main content of the plan as well as some important tasks remained to work on. The questions that media and public are concerned about will be answered on site.